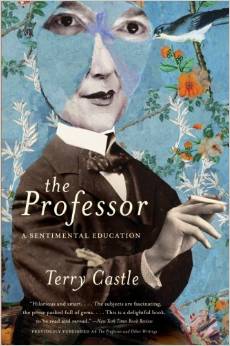 Answer: they all appear in the wondrous weaving that is Terry Castle’ s essay Home Alone. It’s an essay, supposedly, about her obsession with interior-decorating magazines, and it is, but it’s about you and me as well, and the crazy way we live.

Castle is another of Ger’s LRB favourites and one of the best essayists going. She makes it look so easy, even though she’s on record (frequently) berating herself for her lack of talent and general lumpishness.

Here you’ll find the celebrated 2005 essay Desperately seeking Susan in which Castle shows us Susan Sontag, in a crowded street in Palo Alto, demonstrating how she evaded sniper fire in Sarajevo:

Lickety-split, she was off, dashing in a feverish crouch from one boutique doorway to the next, white tennis shoes a blur, all the way down the street to the restoration hardware and the Baskin-Robbins store. Five or six perplexed Palo Altans stopped to watch as she bobbed zanily in and out, ducking her head, pointing to imaginary gunmen on rooftops and gesticulating wildly at me to follow.  (94)

The essay is an unforgettable portrait of Sontag in all her magnificence and ridiculousness, but just as interesting is Castle herself, highly intelligent and generous- spirited,  formidably learned, but basically, as she sees it, clueless:

At best, our relationship was rather like the one between Dame Edna and her feeble sidekick Madge…. (92)

6 thoughts on “Terry Castle – The Professor and other writings*”