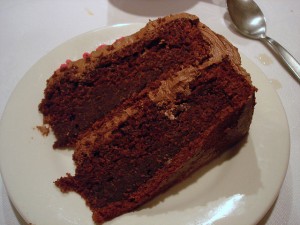 A crowbar held aloft, like Boadicea about to launch her spear, my mother’s chasing a chook around the backyard. Flapping its dirty white wings, it skitters round the clothes-line, behind the bungalow, back towards the chookpen. She holds the crowbar tilted over her shoulder. Is she going to hurl it like a javelin or use it to knock the chook senseless?

“The poor thing’s sick,” she jerks out as she runs, “I’ve been at your father to do something about it, but oh no, as usual everything’s left to me.”

She stops, panting, and throws down the crowbar.

Tas Hicks is everything my mother despises – proudly, loudly, belligerently ignorant. I know how galling it is for her to reveal our father to him as a man who can’t kill a sick chook. But she goes straight across the road.

Back they come, Tas in his little shorts, his muscly arms blue with tattooes. He gets down and looks under the chookpen, picks up the crowbar and drives it against the fence. A squawk, a scrabble. He moves the crowbar further along and drives it in again. The iron point thuds against the fence, and the chook comes scuffling out sideways, pushing itself along with one leg and one wing. Tas grabs it by the neck, and wrings his hands. He lets it drop.

He opens the door on the hideous jumble that is my father’s toolshed.

He picks his way across the Sargasso sea of wood ends, paint tins, jars of rusty nails, to the shovel. He cuts a hole in the weedy dirt with four deep thrusts, slides the rusty blade under the heap of yellow-grey feathers and tumbles it in.

“Infectious, these things,” he says, shovelling clods of earth and grass over it.

“Thank you so much,” my mother says, red with humiliation. “I’m so sorry to have bothered you. My husband was going to do it, but…”

He goes off, shaking his head. What sort of man leaves his wife to kill a sick chook?

At dinner she says in a tight, accusing voice,

“I had to ask Tas Hicks to come and kill that chook.”

“Mm,” says my father, blinking as the steam from his soup fogs up his glasses.

“He said it was infectious. The others might get what it had.”

He takes another spoonful of soup with a slight slurp.

“I suppose I’ll have to kill the lot of them myself if they get sick!” she says.

He shakes his head, gloom weighing his dark eyebrows still further over his eyes.

What does she want from him? Isn’t life hard enough?

He goes into the next room, closes the door and puts on the Mozart Requiem.