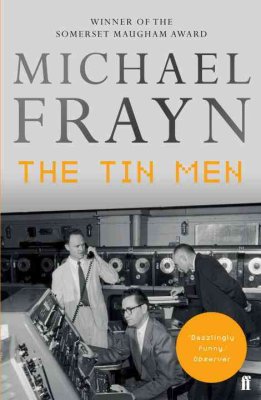 The soporific quiet which fuelled Goldwasser’s laboratory in the newspaper department was disturbed only by the soft rustle of tired newsprint. Assistants bent over the component parts of the Department’s United experiment, the demonstration that in theory the digital computer could be programmed to produce a perfectly satisfactory daily newspaper with all the variety of new sense of the old handmade article. With silent, infinite tedium, they worked their way through stacks of newspaper cuttings, identifying the pattern of stories, then analysing the stories into standard variables and invariables.. At other benches other assistants copied the variables and invariables down onto cards, and sorted the cards into filing cabinets, coded so that in theory the computer could pick its way from card to card in logical order and assemble a news item from them. Once Goldwasser and his colleagues had proved the theory, commercial interests would no doubt swiftly put it into practice. The stylisation of the modern newspaper would be complete. Its last residual connection with the raw, messy, offendable real would have been broken.

Goldwasser picked up a completed file waiting his attention. It was labelled
‘Paralysed girl determined to dance again.’ Inside were 47 newspaper cuttings about paralysed girls who were determined to dance again. He put it to one side. He had picked it up, looked at the heading, then put it to one side every day for a week, waiting for a day when he felt strong.

Judging by the state of our media, is it possible that Goldwasser’s project has succeeded?

The Tin Men, Frayn’s first book, published in 1965, is a lot of fun. As well as the journalism project at the William Morris Institute of Automation, there’s another one to train computers to make ethical choices, involving a tank of water in which a robot sits on a raft with sandbags, bricks, or human beings and has to decide whether to throw itself overboard to save the raft from sinking. There’s a visit by the Queen that goes horribly wrong. Just the thing to put on your e-reader for a plane flight.