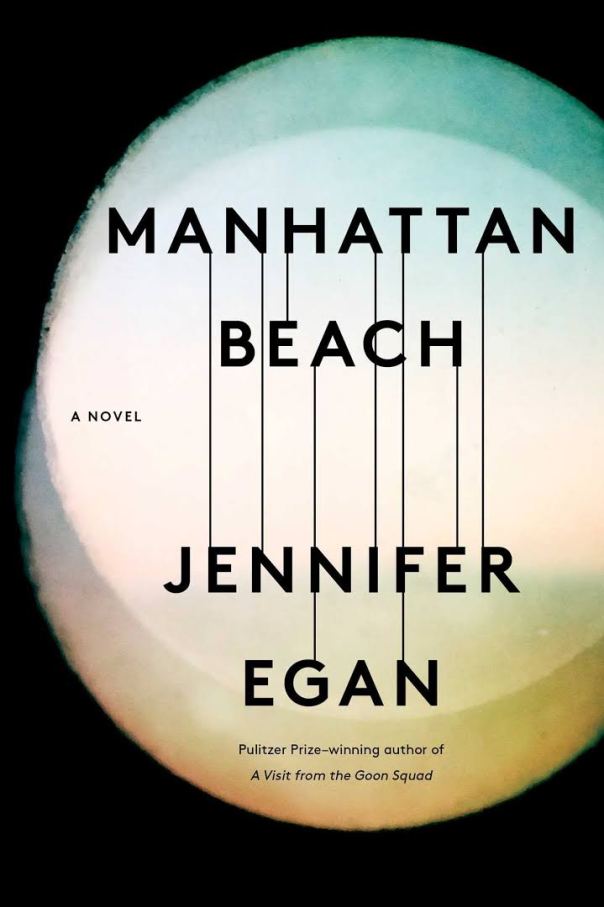 Manhattan Beach covers a period of about 10 years, from the mid-30’s to the mid-40’s, but its reach is much wider. It reaches back to the years of Prohibition, the rise of the Mafia and other crime gangs and their entanglement with the labour unions, the Depression and America’s entry into WW2. And it reaches forward in this prediction by one of the moneyed aristocrats of NY society:

I see the rise of this country to a height no country has occupied, ever. Not the Romans. Not the Carolingians. Not Genghis Khan or the Tatars or Napoleon’s France. Hah! You’re all looking at me like I’ve one foot in the funny farm. How is that possible? you ask. Because our dominance won’t arise from subjugating peoples. We’ll emerge from this war victorious and unscathed, and become bankers to the world. We’ll export our dreams, our language, our culture, our way of life. And it will prove irresistible. 92

Manhattan Beach shows us America becoming what it is. The story of Anna Kerrigan, her father Eddie and the crime boss Dexter Styles is fairly conventional in its outline: Eddie is an honest man who has to resort to being a bagman for criminals to provide for his family, Anna is a steely, independent girl who fights her way into a job no other woman has had, that of a diver in the Naval Dockyards, and Dexter is a career criminal with something of a conscience and a longing to find a better footing in the world. Anna wants to find out what happened to her father, who disappeared when she was 13; Styles knows. In Egan’s hands, all these characters and their interactions are full of life. You feel her subtle intelligence everywhere, in the rich detail of the physical world as in the characters’ thoughts and feelings.

The sea is at the heart of it all, from the freezing Manhattan beach of the first chapter to the oily water of the docks and the cloudy depths where Anna dives, the black waters in the centre of the bay where a corpse can be thrown overboard, and the savagery of the open sea after a ship has sunk. Every character has some sort of ordeal by water, and the tides, depths and dangers of the sea are in the book the way salt air is the taste of a dockside city.
There’s an obvious symbolism here, but it’s never laboured.

The power seemed to me to slacken in the last section, as if there were a kind of mopping-up operation going on, a tying-off of loose ends in the story of Eddie, Anna and Dexter. Perhaps that’s because for me the details of their story were not the real interest. It’s America, the world they inhabit, that makes the book so rich, memorable and absorbing.