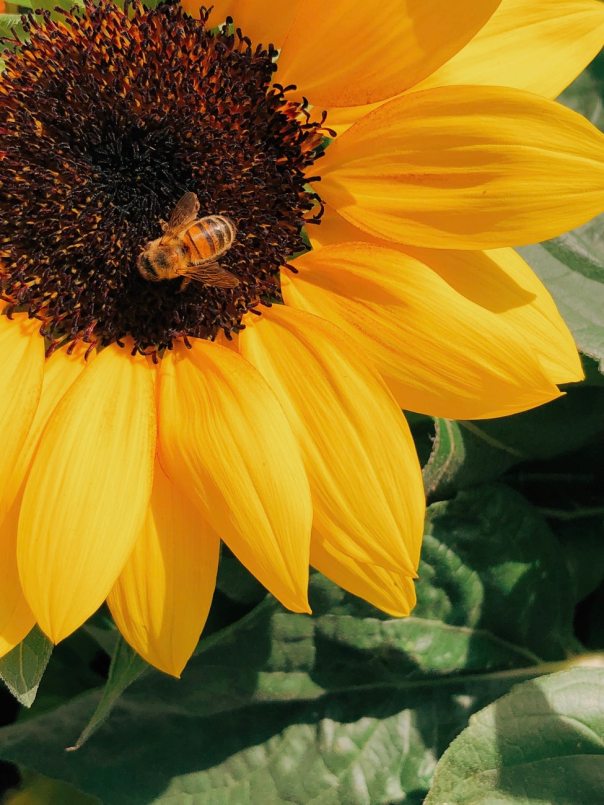 Lately we’re picking up a great deal of consternation in the media about bees, or the lack of them. Unrestrained use of fertilisers in the USA has killed off many of these essential pollinators, and now some canny operators are hiring out mobile bee-pollinating units and driving from one end of the country to the other with them.

Here Down Under in the last weeks we are all in a rage to discover supermarkets have been selling false honey, adulterated with inexpensive sweeteners like corn syrups, maple syrup, cane sugar and molasses.

Our researches have also revealed to us a shamanic cult, called The Path of Pollen, achieved by rigorous training at The Sacred Trust in Dorset England, under the direction of Simon Buxton and his staff, and described by them as ‘a vibrant and vital gynocentric shamanic tradition that works with the honeybee and the hive as its central motif and living glyph’.

But just when I was about to decide between The Way of the Melissae and The Trembling Veil and the Roar of the Roses I read some disturbing rumours about Simon Buxton. He purports to have undergone thirteen years of shamanic training, involving the twenty-three days of silence and the multiple stingings of bees in various parts of the body, and to be the author of an influential book, The Shamanic Way of the Bee: Ancient Wisdom and Healing.

Many praise his book, BUT, sadly, there  is very damning evidence that this book is not Buxton’s own work, but largely plagiarised  from  P. L. Travers’ What the Bee Knows: Reflection on Myth, Symbol and Story (Codhill Press 1989). Yes, she was the author of the Mary Poppins books,  but she wrote non-fiction as well. (She was also Australian and a very difficult woman, but that’s another story). In his Goodreads review of Buxton’s book, Ross Heaven quotes large chunks taken word for word from Travers’ book, and says, Sadly, this book is not just fiction masquerading as fact, it is also a case of plagiarism and intellectual theft. Buxton’s book is however still available online if you want to examine the Path.

If you wish to make up your own mind about Simon Buxton you can read an interview with him from November 2008 on Andrew Gough’s website, which tells of his awakening as a child, and his apprenticeship  to a Welsh shaman named Bid Ben Bid Bont.

Or, on the other hand, you could read a great deal of discussion as to whether the Bee tradition is truly European at all, or stemming from Native American practices.

There are also numerous websites from initiates offering shamanic healing. One could follow these mazy paths for many wasted hours.

9 thoughts on “The Path of Pollen or Frauds (freuds) 7”