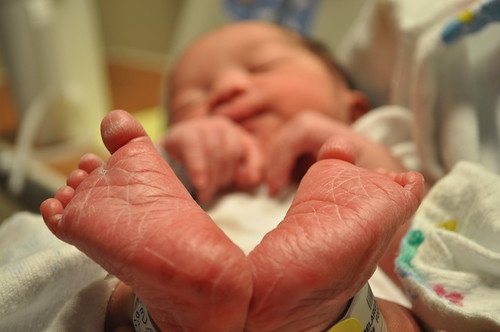 END_OF_DOCUMENT_TOKEN_TO_BE_REPLACED

In the blissful time the ‘We’ was my mother, my father, and myself. We sat on the porch in the summer evenings, my father puffing on his pipe, I on my mother’s lap gazing up at her soft beautiful face and golden-brown eyes. I patted her cheek and she smiled down at me. Then I became sleepy and my father lifted me, so gently, and laid me down in my little cot.

Soon the ‘We’ became five. Big sister, brother, two little sisters always together, and a baby brother. The parents were at the top, trying to tell us what to do. They had to earn money to keep us; to pay for food, clothes, music lessons, school fees, gas, electricity, collection at church and so on. Money pouring out in a never- ending stream.

My father resented this. It was as if we children were some kind of indulgence of my mother’s, although he was the cause of us as much as her. In her whole life my mother never knew what he earned, but she knew there was always money for him to go to the pub, to buy wine by the case, to get books sent over from Blackwell’s in Oxford, to buy new cameras. Then when she said we needed new school uniforms, he put his head in hands and groaned and said we’d all end up in the poorhouse.

We were like a rabble, fighting, crying, demanding food and we were my mother’s responsibility. He would sit in his chair reading a book in French whose pages he had to cut open with a pen-knife, and say, ‘Can’t you keep those kids quiet?’ And Joseph and I would be arm wrestling in the hall, Lizzie and Mina forgotten in the bath with my mother’s lipstick all over their bodies, Markie crying in his cot and my mother on the phone to Auntie Jean, ‘Yes Jean. Ohhhh did she? Did she?’

No wonder I used to like to escape O ‘Mahoney’s as soon as I was old enough. Their ‘We’ was more harmonious. They were united by their day dreaming, their sitting on the veranda while Mr and Mrs O’s cigarette smoke rose in the air and they all imagined the day when they were living in Toorak in a great mansion.

Deidre and I had our own version of this. As she was four years older than me, I respected her knowledge of life. We went through Vogue together. ‘I think the blue mink would suit you,’ said Deidre, ‘I prefer the arctic fox although it is more expensive.’ The arctic fox coat was six thousand pounds while my mink was only four thousand, but Deidre was about to start her floristry apprenticeship and I was in Form Two, so it was fitting she had the more expensive coat. I decided I would go the Bahamas for my holiday while she chose the South of France. She said she was more sophisticated than me. I wasn’t quite sure what that meant, but it was clear Deidre was ‘more’ everything than me. She had a tiny waist, (although quite a big bottom) and looked adorable in wide skirts with belted waists. I was shorter, with a red face and a more solid build. Deidre thought I should pay more attention to skin care and diet. ‘Look at this diet’, she said showing me a page of Vogue, ‘this woman drinks lemon and hot water every morning.’ I usually had six pieces of toast and jam for breakfast.

Then I was sent away to boarding school for two years and by then Deidre and I had gone separate ways. She was engaged to ‘an old Scotch boy’ and I was more interested in jazz and parties and went to live with Anne and Monica. And that was the end of my childhood.

‘And what’s a-trouble to you, Jackie?’

‘Father,’ I said, feeling I might as well get it over while I had him in good humour, ‘I had it all arranged to kill my grandmother.’ END_OF_DOCUMENT_TOKEN_TO_BE_REPLACED

In 1949, seventy years ago, Simone de Beauvoir’s The Second Sex was first published, and became famous for the statement, ‘One is not born, but rather becomes a woman.’  The book came out in two volumes, Facts and Myths,  and Lived Experience. She made many provocative observations, particularly emphasizing that because of childbirth woman was defined by her biology in a way man never is. ‘What is woman?’ ‘Other.’

END_OF_DOCUMENT_TOKEN_TO_BE_REPLACED 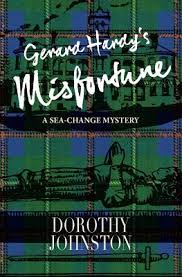 END_OF_DOCUMENT_TOKEN_TO_BE_REPLACED

Nicola Barker is a tricky writer. We have followed her through books about the adventures of a Medieval jester in the 15th Century, to the life of an Indian Guru narrated by his unfortunate nephew. Recently there was the prize-winning, H(a)ppy, set in a dystopic future, where her interest in playing with fonts and text colours was given free reign. The last book of hers I read was her 2014 novel, In the Approaches, which was possibly about a tiny young girl who was a saint, who may have performed miracles, or about IRA terrorism, or about reconciliation. I do know it had many pages where a parrot spoke, ‘Oh oh oh oh…’ and lines of other semi articulate sounds. I had, therefore, some sense of what lay in store when I came to her latest book (which she describes as a novella) I am Sovereign.

END_OF_DOCUMENT_TOKEN_TO_BE_REPLACED

Following on from the saga of Gert’s knee, here are some other body-part afflictions you may or may not know about: END_OF_DOCUMENT_TOKEN_TO_BE_REPLACED

I was born by the river in a  little tent

But I know a change gonna come, oh yes it will

But now I think I’m able to carry on

It’s been a long time coming

But I know a change is gonna come, oh yes it will

The wonderful voice and sentiments of Sam Cooke can be heard below. I always feel a surge of optimism when I hear this (but I have to disregard the horrible piercing chords at the opening of this recording, but then everything has its down side.)

Do you think we have a little reason for optimism at present? Is a change gonna come?