END_OF_DOCUMENT_TOKEN_TO_BE_REPLACED

I am a completely horizontal author…. END_OF_DOCUMENT_TOKEN_TO_BE_REPLACED 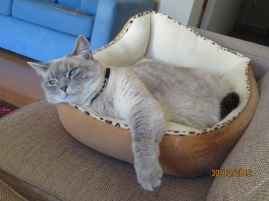 A description of Gert’s writing room appears on The Next Best Book Blog http://thenextbestbookblog.blogspot.com.au/

And the first print-run (8000 copies) of a Chinese translation of the first third of ‘Finnegans Wake’  has sold out within a month, propelled by a massive billboard campaign on buildings and freeways throughout China, The London Review of Books (April 3) reports. But it might be a while before avid Chinese readers get their hands on the rest. When asked when it would appear,  the translator, Dai Congrong, said, ‘May God give me the courage to finish it.’